“The impact of social media on my work has been profound. As my proficiency on social media sites grew with the use of certain visual-centred Apps like Instagram I also became interested in different modes of communication like memes, quotes, gestures, tags and emoticons whilst in conversations, chats and dialogue with others. In a series of new works, I use images posted everyday of the view in front of my studio in Cape Town at dawn and daybreak. These images become the vehicle to communicate an artistic vision of my state of mind but also serve as a means to translate these digital modes of communication into the language of painting – thus unsettling both and leaving room for re-intepretation (#luansview). – Luan Nel, 2018
With his solo exhibition titled, ‘The Poseidon Adventure: S.O.S’ at Fried Contemporary, Luan Nel places some of his Instagram images of the landscape in front of his studio in relation to the landscape paintings and maps of early colonial explorers. Certainly these images act as a kind of subjective form of evidence of what is in front of Nel every morning. But also, as the artist acknowledges he is keenly aware of “social media and its propensity for fake news, untruths and half truths” that are often the result not only of will-full deceit but also of the lack of context inherent to the medium.
Much of the early colonial landscape painting of Africa that was sent back to Europe was embellished through the subjective exaggeration and even straightforward ideological manipulation of the contents of the work. The so-called natives appeared and disappeared, mountain ranges and sky-scapes seemed all too familiar to the European eye, albeit ones sans clear signs of ‘ European civilisation’ such as smoke, crowded streets and manicured bright green lawns. Certainly these European artists exoticized much of what they saw in order to appease their European patrons.

Of this Nel is all too aware and states: “I am cognizant of the tradition of landscape painting in which a project such as this clearly follows. These include representations of the land as seen by the early explorers from Europe into Africa and later the colonial paintings that in many ways staked claim to land. My current paintings hinge on this ‘fake news’ from our colonial and explorer past”.
Nel’s own views of having a vista differ fundamentally from that of the early colonialists. He believes that what is in front of him also belongs to anybody else once he vacates the space and it is occupied by another. For him the landscape belongs to no-one in perpetuity, and yet, exactly this is the case it belongs to us all in the moment.
“I focused on the moment just before dawn or soon thereafter. In most of the work, the light featured is a reflected light due to mist. I used metallic to simulate the reflective quality one encounters in mist as the sun is dawning. The images are not clear – some are focused and others become vague leading to very atmospheric works where a play between light and dark takes place. These misty mornings are a common sight in Cape Town in winter. I draw on them as a metaphor about our relation to our future and our country. They might stir a sense of dread or possibly melancholy, they could be hopeful but the one thing they aren’t are definitive answers.”
For this exhibition, Nel’s format remains square in keeping with the default settings on his Instagram account (@luan_nel). 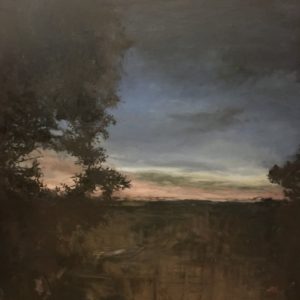 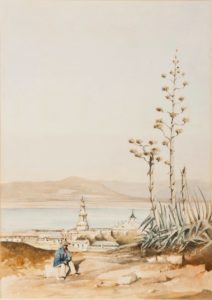 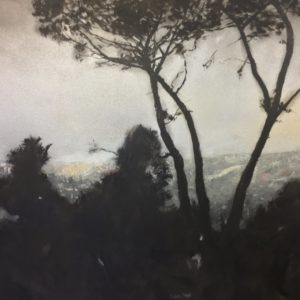 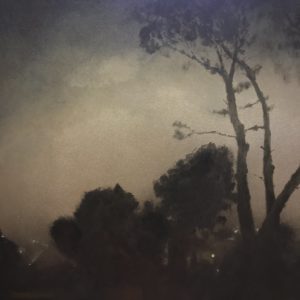 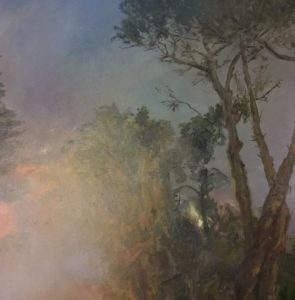 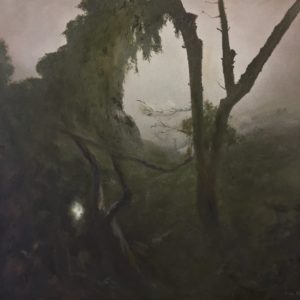 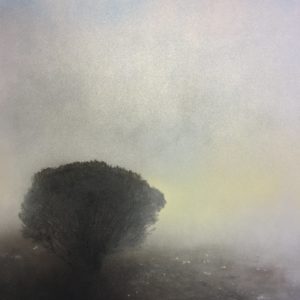 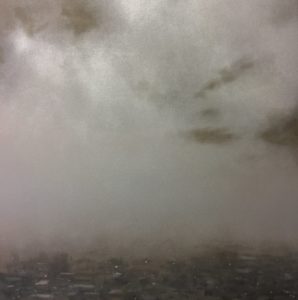 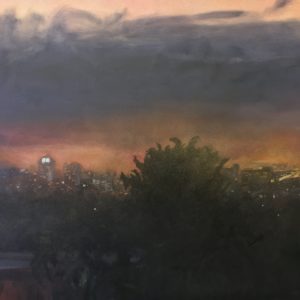 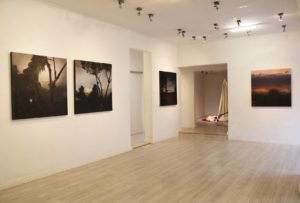 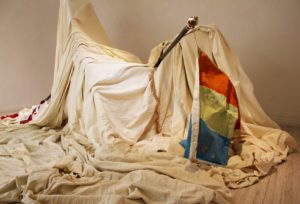 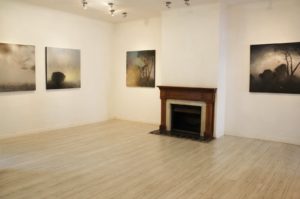 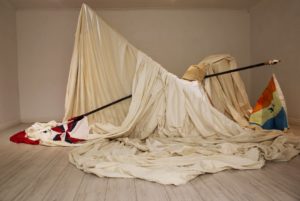