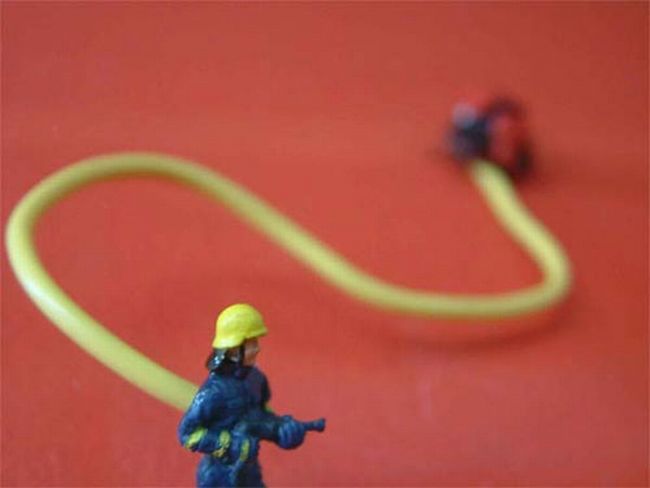 2 houses down but across the road
mixed media 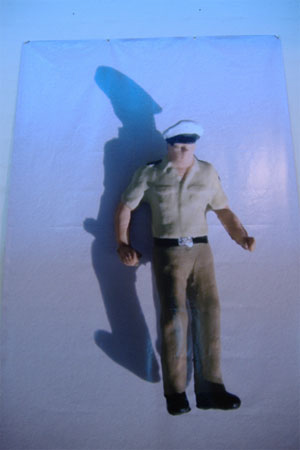 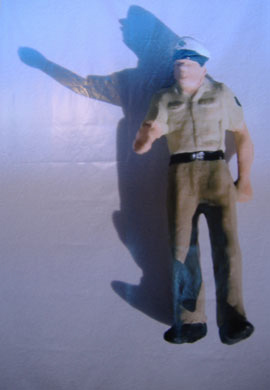 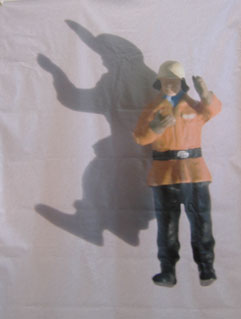 Johannesburg-based Luan Nel’s first solo exhibition in KwaZulu Natal entitled ‘Smallville SA’, met with great acclaim. Nel bases his works on the notion of dioramas, like those typically used in museum display. Nel replaces and re-contextualises miniature figurines from model trainsets by setting them on large, mostly unaltered canvas backgrounds. In this way, he explores the construction of male identity and deals with issues of control, escape, obsession and secrecy. 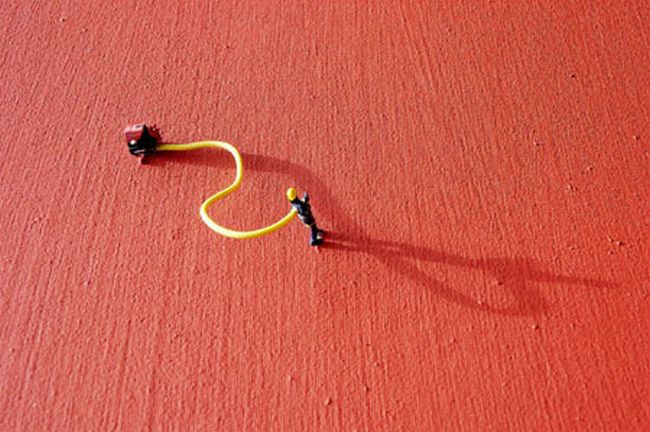 The scale and positioning of Nel’s miniscule figures forces the viewer to interact with them up close. Attaching the figures to the canvas by their feet, Nel constructs the scenes on the walls as if seen from above, inevitably making the viewer feel like Gulliver in the Land of Lilliput. The figures Nel chooses are sometimes grouped, other times alone; some are dressed in business suits, while others recline in bathing suits apparently on a beach. Harsh top lighting causes the figures to throw long shadows, much larger than themselves. So effective is this lighting that the glue used to adhere the figures to the canvas is visible in the shadows, detracting to some degree from the impact of the scenarios Nel constructs from these readymades.

Scale is inarguably central to the works’ interpretation, and Nel explores this further in a series of prints. In these he takes photographs of the figurines in works such as Heroes Officers, Heroes Firemen enlarges these and prints them on vinyl. This shifts the relationship between artwork and viewer significantly and one is now forced to look up at the images. The prints are also accompanied by a series of detailed watercolour portraits of some of the figures, demonstrating his characteristic remarkable skill and attention to detail, leaving one wishing that he could have applied such precision to the rest of the exhibition.